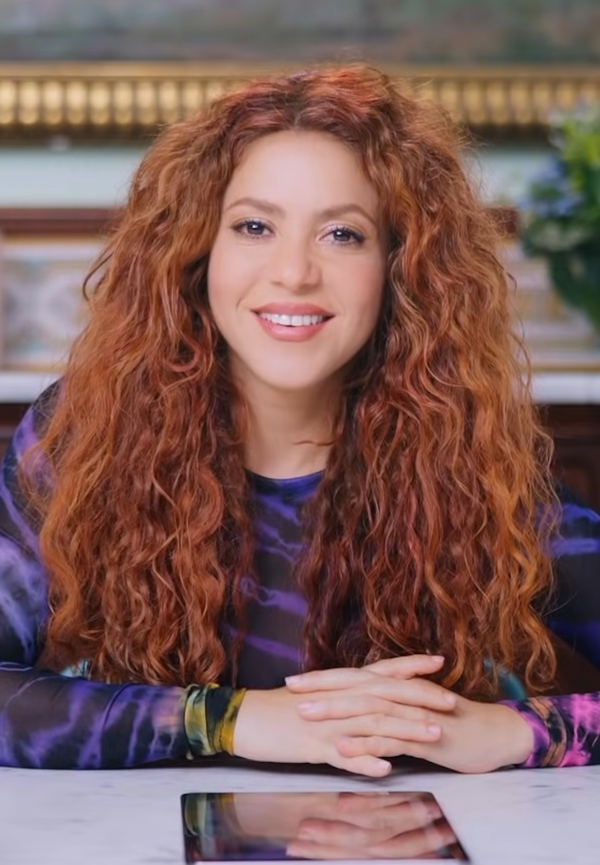 Shakira Isabel Mebarak Ripoll ( shə-KEER-ə, Spanish: [(t)ʃaˈkiɾa]; born 2 February 1977) is a Colombian singer and songwriter. Born and raised in Barranquilla, she has been referred to as the "Queen of Latin Music" and is noted for her musical versatility. She made her recording debut with Sony Music Colombia at the age of 13. Following the commercial failure of her first two albums, Magia (1991) and Peligro (1993), she rose to prominence in Hispanic countries with her next albums, Pies Descalzos (1995) and Dónde Están los Ladrones? (1998). She entered the English-language market with her fifth album, Laundry Service (2001), which sold over 13 million copies worldwide. Buoyed by the international success of her singles "Whenever, Wherever" and "Underneath Your Clothes", the album propelled her reputation as a leading crossover artist. Broadcast Music, Inc., described Shakira as a "pioneer" who extended the global reach of Latino singers.Her success was further solidified with the Spanish albums Fijación Oral, Vol. 1 (2005), Sale el Sol (2010), and El Dorado (2017), all of which topped the Billboard Top Latin Albums chart and were certified diamond (Latin) by the Recording Industry Association of America. Meanwhile, her English albums Oral Fixation, Vol. 2 (2005), She Wolf (2009) and Shakira (2014) were all certified gold, platinum, or multi-platinum in various countries worldwide. Some of her songs have charted at number one in multiple countries, including "La Tortura", "Hips Don't Lie", "Beautiful Liar", "Waka Waka (This Time for Africa)", "Loca", "Chantaje", and "Bzrp Music Sessions, Vol. 53". She served as a coach on two seasons of the American singing competition television series The Voice (2013–2014).

With a catalog of 145 songs, Shakira has sold over 80 million records, making her one of the best-selling music artists of all time. Forbes Colombia reported that as of 2018, she is the top-selling female Latin artist of all time. She is credited with opening the doors of the international market for other Latin artists. She has received numerous awards, including three Grammy Awards, twelve Latin Grammy Awards, four MTV Video Music Awards, seven Billboard Music Awards, thirty-nine Billboard Latin Music Awards, six Guinness World Records and a star on the Hollywood Walk of Fame. She was named the Top Female Latin Artist of the Decade by Billboard twice (2000s and 2010s). For her philanthropic work with her Barefoot Foundation and her contributions to music she received the Latin Recording Academy Person of the Year and Harvard Foundation Artist of the Year awards in 2011. She was appointed to the President's Advisory Commission on Educational Excellence for Hispanics in the US in 2011, and Chevalier of the Order of Arts and Letters by the French government in 2012.

Information about "Shakira" is automatically taken from Wikipedia. It may happen that this information does not match with "Shakira".